If you don’t receive our newsletter, we’re officially rolling out #AlzCaregiving …

Schreiber also announced the revised edition of My Two Elaines

MILWAUKEE, Wis. —- Alzheimer’s caregivers go about their days in the shadows while others go about their busy lives. Caregivers work to keep a loved one who lives with Alzheimer’s fed, bathed and safe, often forgoing sleep and exercise at the expense of their own health. For all of that, they experience guilt, illness and are often forgotten by friends outside their shrinking world. 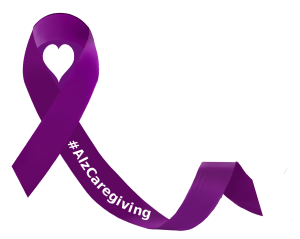 Alzheimer’s caregivers don’t quit when the person for whom they care eventually forgets who they are. When someone else becomes dependent on you, you step in and do what you can to make that person comfortable like author and former governor Marty Schreiber did for his wife Elaine 14 years ago when she was diagnosed with Alzheimer’s disease.

To honor and put a deserved spotlight on Alzheimer’s caregivers, Schreiber has created the hashtag #AlzCaregiving which he uses on social media platforms and beginning this week, encourages others who love and appreciate the more than 16 million Americans who in 2017, provided an estimated 18.4 billion hours of unpaid care for people with Alzheimer’s or other dementias.*

In addition to the #AlzCaregiving mark Schreiber announced the revised edition of the nationally renowned book, My Two Elaines, Learning, Coping, and Surviving as an Alzheimer’s Caregiver.

With his book and nearly 140 presentations in 2017 alone, Schreiber has become a national ambassador and coach for Alzheimer’s caregivers so they don’t have to endure the physically and emotionally painful learning curve that he did.

“We encourage all who know or love an Alzheimer’s caregiver to join the #AlzCaregiving movement by using the hashtag to tell this group that they’re special – that they do a great job despite enormous challenges,” Schreiber said. “Someone who is diagnosed with Alzheimer’s may live more than a decade for what I call a death by a thousand cuts to the person who lives with the disease and the caregiver. It’s not a chicken casserole disease where people deliver meals and a hug because the person you care for is alive albeit, not intellectually. As a result, caregivers are often forgotten and become isolated which can take a long-term toll.”

My Two Elaines: Learning, Coping, and Surviving as an Alzheimer's CaregiverFriday, April 16th, 2021 at 10:38am

From the video archives, a classic Marty Schreiber moment!